Your journey to the start line begins here.

A marathon is a massive challenge by anyone’s standards. Therefore it’s not something you should rush into. You need to fully understand what’s involved and the problems you may encounter before you begin training, so you can assess whether you are ready or not

The marathon is a long-distance race with an official distance of 42.195 kilometres (approximately 26 miles 385 yards), usually, run as a road race

Twenty years ago running a marathon was something only relatively few dedicated club runners could aspire to. Today, you will see a much broader profile among the thousands of competitors who cross a marathon finish line each year – young and old, male and female, beginner and veteran alike.

What’s so special about running a marathon?

The history of running 42.125km back date from its mythical beginnings to its current renaissance helps to explain why more and more runners are longing to say “I’ve done it!”

The event’s beginnings can be traced back to the Greek soldier Pheidippides, who ran from Marathon to Athens to announce the defeat of the Persians. When he arrived, he uttered a triumphant, “We have won,” before dying with all the epic timing of a Hollywood blockbuster.

There are almost as many variants to this story as there are years since this event took place back in 490BC, but the important bit is that from its very inception, the marathon had a historic reputation as being tough.

So tough, in fact, that it would be another 2,386 years before the distance became an official Olympic race in 1896. But once the event was inaugurated, a tipping point in marathon momentum occurred, leading it to the peak it proudly sits at today: a major target for pros and amateurs alike.

In 2013, 16,100 have signed up to run the full marathon distance of 42.195 kilometres at the Standard Chartered Marathon Singapore while last year, 2018 saw close to 14,000 participants crossing the finish line.

There has been a drop in the number of participants over the years, mostly due to the over-saturation of the running event in Singapore but The number of people tackling the 42.195 kilometres is constantly growing every year.

As running a marathon is a significant enough challenge that requires one to prepare very seriously for, but yet it is still quite doable 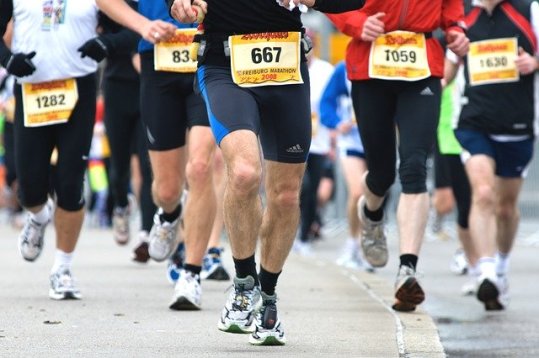 The one thing that all of these people have in common is a determination to prepare for and complete a marathon. This is something that, despite the event’s more universal appeal, remains a big physical and psychological challenge that takes months of discipline, commitment and hard work. But the rewards are numerous – a fitter body, a more resilient mind, a huge sense of fulfilment and a great story to tell, to name but a few.