Running enthusiasts who wish to sign up for the adidas King of the Road (KOTR) 2012 running championship are urged to do so quickly, as the registration on KOTR website (www.adidaskingoftheroad.com.sg) will be closed after this weekend. With a unique 16.8km route, the city race is targeted at everyone who likes to run – from the social runner, to the serious athlete. One of the objectives of the adidas KOTR is also to encourage runners to take part in all five adidas KOTR events across Southeast Asia, as the total distance completed will be the equivalent of two full marathons (84km).

Another uniqueness about the adidas KOTR is its race theme – ‘Colours’ that is represented through the variety of coloured adidas race t-shirts that participants will don. The multi-colour apparels showcased are meant to represent the vibrancy of the Southeast Asia’s sports scene, making the adidas KOTR the most colourful race in the region! 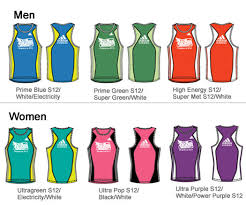 Be a part of the ‘Most Colourful’ race of the year where runners put on their running gear and prepare to pound the streets of Singapore! The adidas King of the Road has one of the most scenic routes to date, and kicking off at Singapore’s newest attraction – Gardens by the Bay! 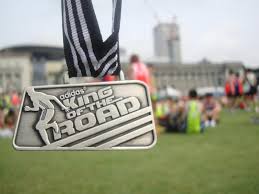 The adidas KOTR is aimed at bringing runners together from around the region. Each country is a qualifying leg towards the finals, which will be held here in Singapore on 28 October 2012. The winner of each country’s 16.8km closed category will win an expense paid trip to Singapore to compete with the best of the best in Southeast Asia.