“That day, for no particular reason, I decided to go for a little run. So, I ran to the end of the road, and when I got there, I thought maybe I’d run to the end of town.

And when I got there, I thought maybe I’d just run across Greenbow County. And I figured since I run this far, maybe I’d just run across the great state of Alabama. And that’s what I did. I ran clear across Alabama. For no particular reason, I just kept on going. I ran clear to the ocean. And when I got there, I figured since I’d gone this far, I might as well turn around, just keep on going. When I got to another ocean, I figured since I’ve gone this far, I might as well just turn back, keep right on going. When I got tired, I slept. When I got hungry, I ate. When I had to go, you know, I went. My mama always said you got to put the past behind you before you can move on. And I think that’s what my running was all about. I had run for three years, two months, 14 days, and 16 hours.” – Forrest Gump, when Forrest (played by Tom Hanks)

The idea symbolized, among other things, the beginning of the running craze that spread across the United States in the 1970s and then spread to the rest of the world including Singapore . Since then, running has captured the attention of millions. Thousands of races and marathons occur each year worldwide, and running is the top most popular exercise in the Singapore.

According to dictionary.com – it is to go quickly by moving the legs more rapidly than at awalk and in such a manner that for an instant in each stepall or both feet are off the ground 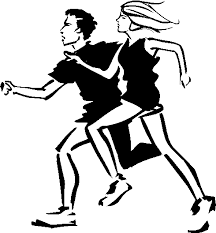 According to Merriam-Webster dictionary definition of running – it’s to go steadily by springing steps so that both feet leave the ground for an instant in each step. That’s the key: both feet are in the air at once. During walking, one foot is always on the ground. Jogging is running slowly, and sprinting is running fast.

What’s the history of running?

Humans started walking and running about 4 to 6 million years ago when we evolved and rose from all fours. Ten thousand years ago, hunter-gatherers like the Tarahumara Indians in Mexico, ran 15-75 miles a day on the hunt. But it was Pheidippides (490 BC), an ancient “day-runner,” who put running on the map. Pheidippides is purported to have run 238km (149 miles) to carry the news of the Persian landing at Marathon to Sparta in order to enlist help for the battle. 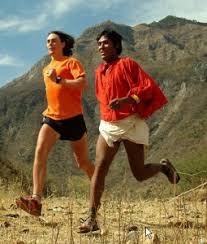 However Scholars believe the story of Pheidippides could be a myth as if the Athenians were to send an urgent message to Athens, there was no reason why they could not have sent a messenger on horseback, myth or not this was the genesis of the modern marathon. It was the first running of the marathon 42.125km (26 miles 385 yard) in the modern Olympic Games of 1896 in Athens that commemorated Pheidippides’ historic run.

Throughout the latter part of the 19th century, track and field, including running, took a prominent place in the field of sport. By the late 1800s, children in school were competing in running races. In the 20th century, it was the famous sprinter Jesse Owens who in the 1936 Olympics in Nazi Germany shattered Hitler’s dream of proving the superiority of the Aryan race by winning gold medals in the 100-meter dash, 200-meter dash, and the 400-meter relay. 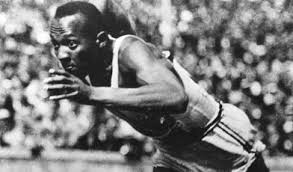 Many were no more than spectators of running than participants during the era of Jesse Owens, but that has changed in the past 35 years. Runners like George Sheehan, Bill Rodgers, Jeff Galloway, Alberto Salazar, and Grete Waitz (winner of nine NYC marathons from 1978-1988 and inspiration to all women to get out there and run!) promoted running through their athletic success, and now running is solidly a popular activity for exercise as well as for sport. 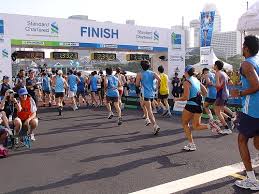 One thought on “What is Running?”