Ever wanted to do  a multi leg race across South East Asia? 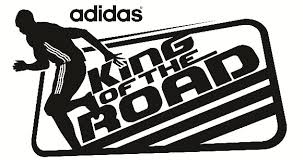 adidas King of the Road (KOTR) is a running championship held across Southeast Asia. Held in five countries across the region, and organised in city areas, the adidas KOTR race will culminate in an ultimate championship race that will be held in a different host country each year.

In 2011, the race will make its regional debut in Singapore, Thailand, Malaysia, Indonesia and Philippines, and is aimed at bringing runners together from across the region.

Race Distance
Each championship race distance is at 16.8km. therefore when completed all 5 Championship race in the series, participant would have  Completed a distaces 2 marathons (84km) over 5 countries with adidas KOTR 2011.

Each country is a qualifying leg towards the finals, which is held in the Philippines on 23 October 2011. The winner and runner-up of each country’s 16.8km category will win an all-expenses paid trip to the Philippines to compete with the best of the best in Southeast Asia.

Adidas  will be awarding a special limited edition King Of the Road 84km Finisher Tee for participant who took part and complete all 5 Championship race in the series.

* I’ve already registered for the Singapore and M’sia Leg of the race. Missed out on the Thailand registration but  Hope to go for Indonesia leg of the race as well.

One thought on “Peek: Adidas King Of The Road”