What would you do if you have only 8 minutes to live? – You make every seconds counts.

This was basically what the movie Source Code was all about. A decorated soldier Captain Colter Stevens (Jake Gyllenhaal) wakes up in the body of an unknown man and discovers that he’s part of a top secret mission to find the bomber of a Chicago commuter train. In an assignment like no other, he soon learns that he’s part of a government experiment called the “Source Code,” a program that enables him to cross over into another man’s identity in the last 8 minutes of his life. 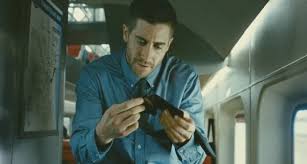 W ith a second, much larger target threatening to kill millions in downtown Chicago, Colter re-lives the incident over and over again, gathering clues each time, until he can solve the mystery of who is behind the bombs and prevent the next attack.

Think of it as being in a dejavu loop reliving the same 8 minutes over and over again. It kinda feel as if you are playing a video game of sort as the main character have multiple lives and chances to set solve the mystery and avoid the disaster. 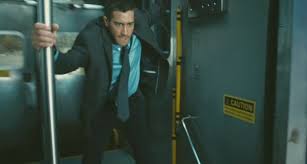 Although the movie concept and element of alike of the Butterfly effect and Groundhog day, whereby the decision he make within that 8 minutes segments determine the future. The movie is filled with mind-boggling twists (it keeps you guessing till the very end) and heart-pounding suspense action. Source Code is a smart action-thriller science fiction romance movie for all to see. It’s a must watch!!!

ps: Russell Peters was in the movie too..

Now it’s off to Sabah for the Salomon Sabah Adventure Challenge!