Water is an essential to all living things. Dehydration is very common in Singapore due to our climate, this is the reason why it is advisable for one to carry along waterbottle.  More so if you’re someone who is always on the go, working under the hot sun. If you are like me who believe in doing their part for the enviroment by following the reduce, reuse, recycle motto then you would agree that having a water bottle that you can easily carry around to refill water would be so handy to have around.

KOR believe in this cause and they are redifining how we look and think at a waterbottle.  The KOR Bottle, It’s not just a water bottle it’s a “Hydration Vessel”.  The KOR Delta is uniquely design that  will sure turn heads in a crowd. The KOR Delta is made from 100 percent BPA -free (Bisphenol A) material, so you don’t have to worry about ingesting toxic substances. The design features a cap that is push-button operated with added security latch that is removable for easy filing and cleaning , an ergonomic handle for easy on the go.

The first thing you might notice about the KOR Delta is its distinctive angled handle. This is the brand’s visual tribute to the ancient Greek symbol for change (∆). KOR Water believes change is good. And Delta is its next step in changing perceptions as it continues to advocate for water in a world that too often takes it for granted.

KOR vessels are more than simple water bottles. They are a reminder of what motivates you. Designed into the cap of the KOR Delta Hydration Vessels is a place for your KOR Stone™ — a disc-shaped token that provides a little bit of inspiration message each time you drink.

Made from Eastman Hydration Tritans which is a new generation BPA-free copolyester that offers higher temperature resistance, easier processing and higher impact resistance.

KOR is part of the ‘1% For The Planet’ movement whereby  companies around the globe to pledge 1% of their total sales revenue to a network of 2,271 environmental organisations worldwide. Their goal is not only to provide much-needed funds to these organizations, but to engage customers on issues such as recycling, watershed protection and the global water crisis. 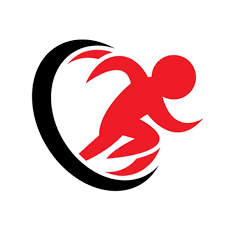