Changi, Sunday, September 5, 2010 — Despite of the heavy downpour 7,600 runners came and took part in the second edition of the Yellow Ribbon Prison Run in support of the reintegration of inmates and ex-offenders. – unlocking the second prison

Into its second year of the run, the Yellow Ribbon project started in 2004, it is an initiative in Singapore that aims to create awareness of the need to give second chances to ex-offenders, generating acceptance of ex-offenders and their families in the community, and inspire community action to support the rehabilitation and reintegration of ex-offenders into society. 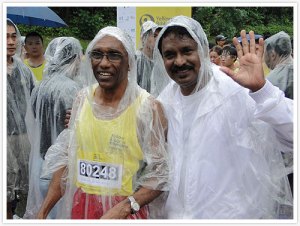 This was my first time taking part in the event, and judging the feedback from last years event; this is one of the best well executed and planned out event and something not to be missed. I entered in the 6.5km category this time around as it was still during the fasting month. 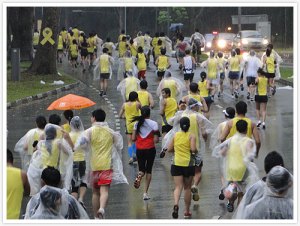 This year about 6,000 runners opted to donate $2 to obtain Yellow Ribbon Shoelaces when registering for the run, with all proceeds going to the Yellow Ribbon Fund. Many turn up in their yellow event tee and wore the yellow shoelaces that represents the community’s support for ex-offenders who sincerely want to change and successfully reintegrate back to society. 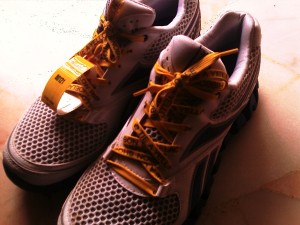 Organizer gave out poncho to the participants who were present to bravely take on the challenge for the good cause despite of the bad weather.  The event open with a symbolic ceremony where participants pushed the blocks to the front of the stage, with the VIPs pushing the blocks into the shelf symbolising the various aspects that CARE Network plays a part in the rehabilitation of inmates. 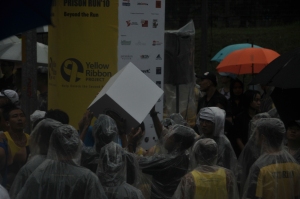 Pushing the blocks into the shelf .

It was once again a well organize run although I feel that the run could be organize on a non-fasting month so that more Muslims could take part in this symbolic, charitable and enjoying run. 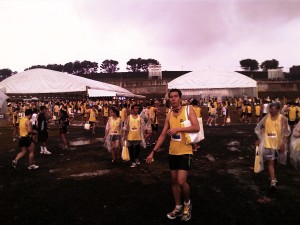 After the race, there was performance performed by the inmates. Massage station was set up to give the participant a well needed massage after the race.  Goody bag station was also set up along with our baggage which was transported to the finishing point from Changi point. The goody bag contain a special one of a kind “Key” memento which symbolize the key to unlocking the second prison for ex-offender in the community.

Hope to participate in the race again next time around and this time for a longer distances category. 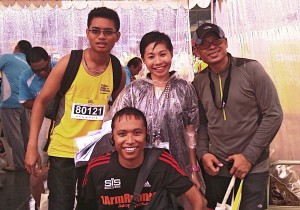 Read more about the Prison Run and the Yellow ribbon Project at : http://www.yellowribbonprisonrun.sg/